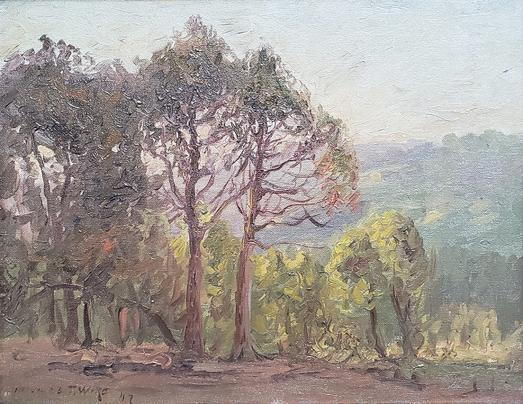 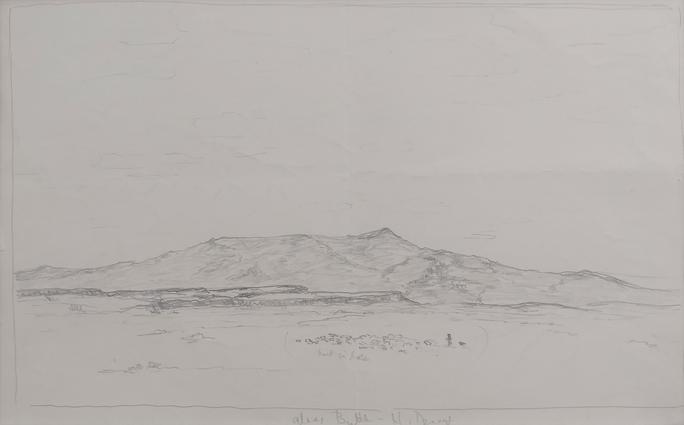 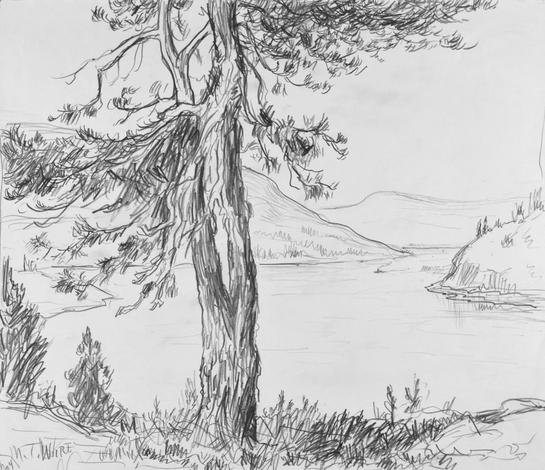 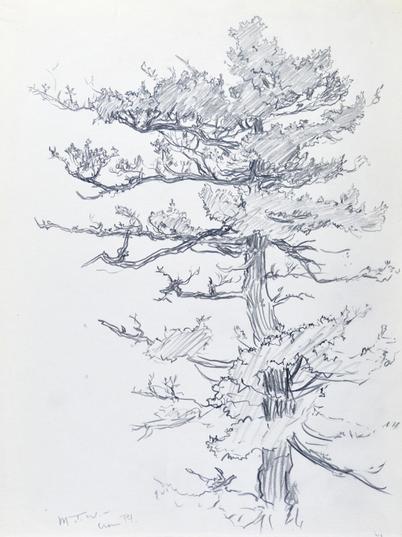 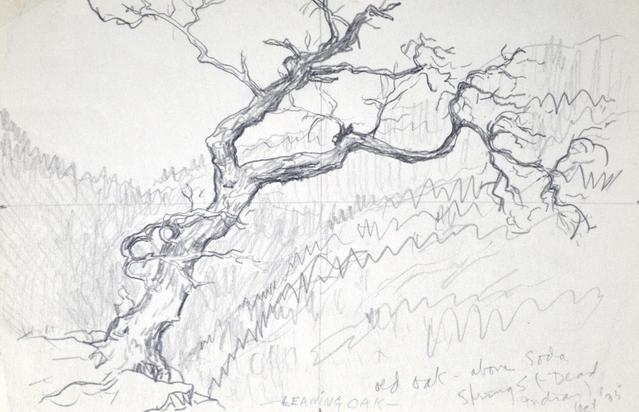 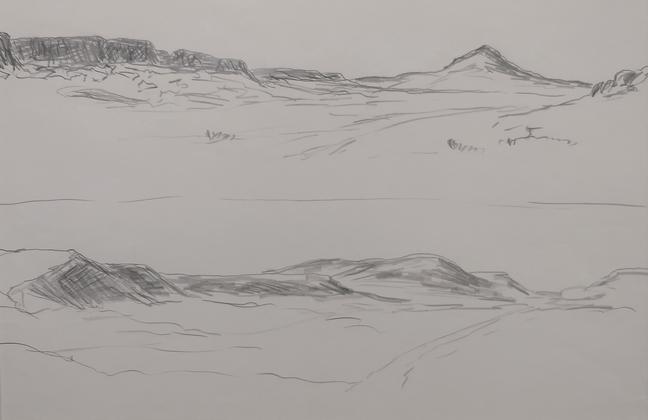 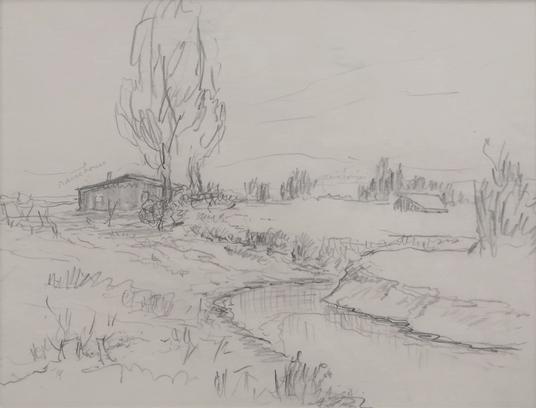 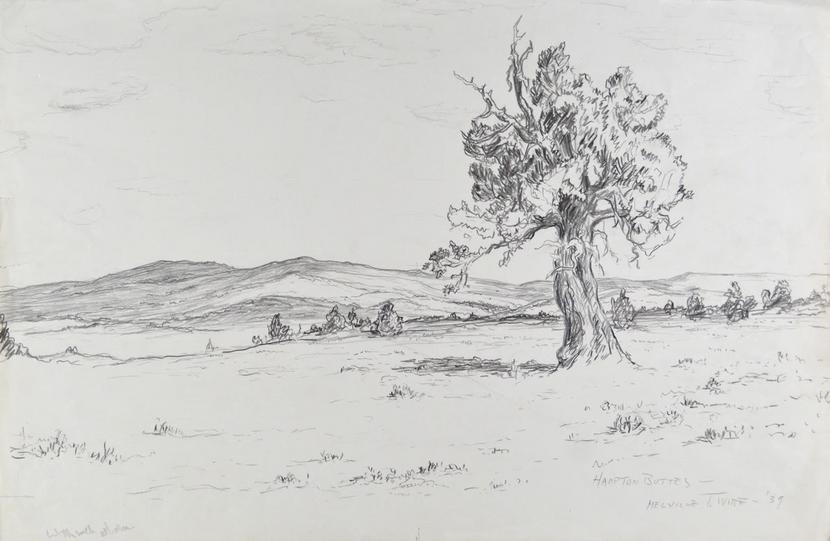 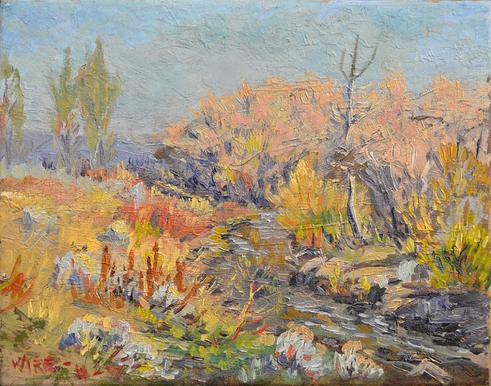 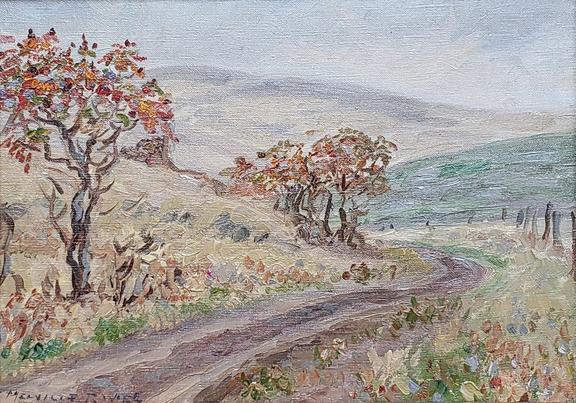 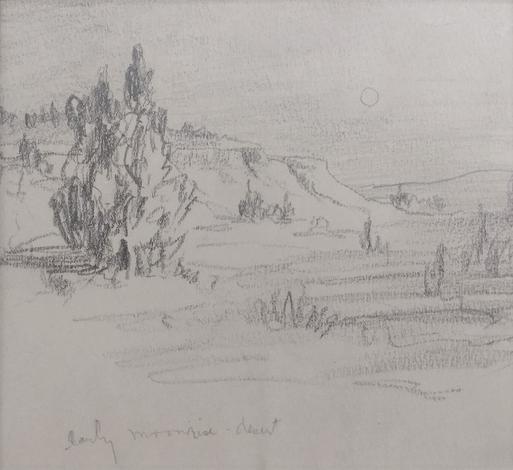 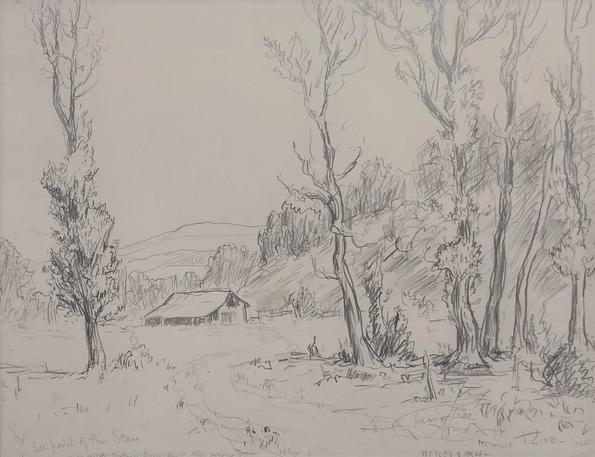 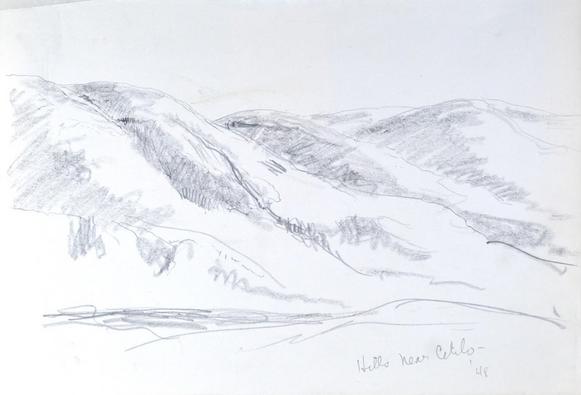 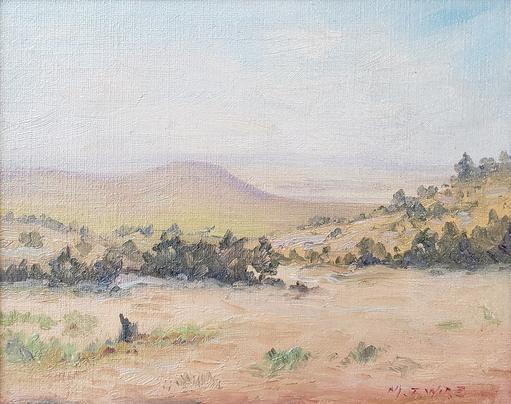 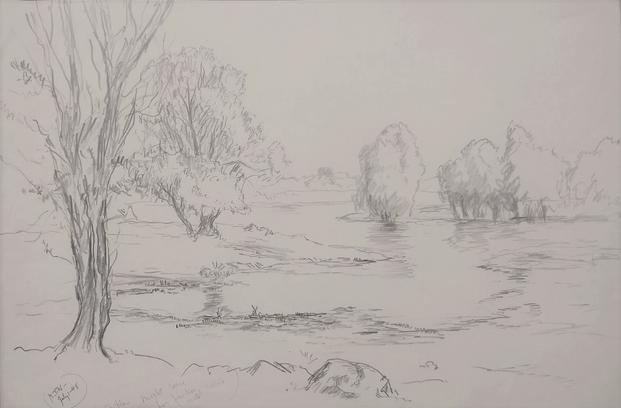 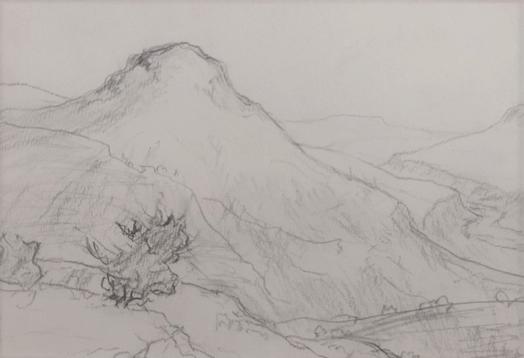 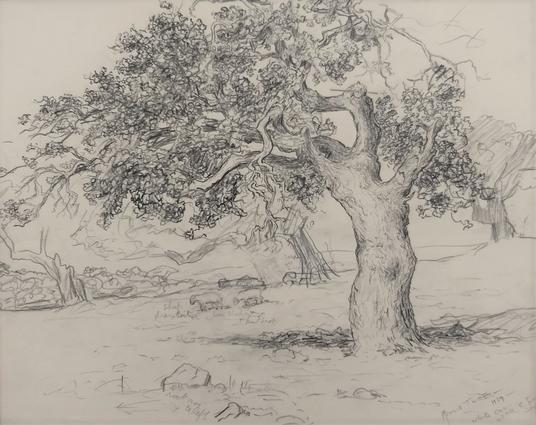 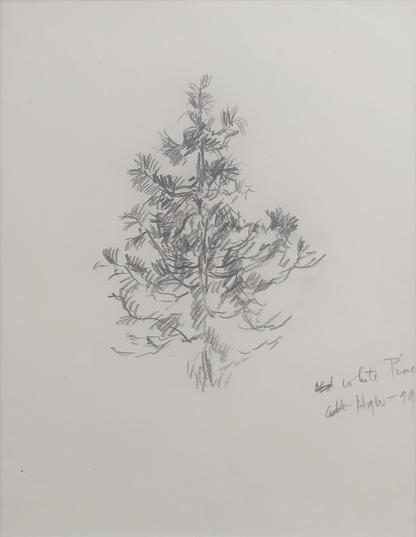 Drawings & Paintings from the Artist's Estate 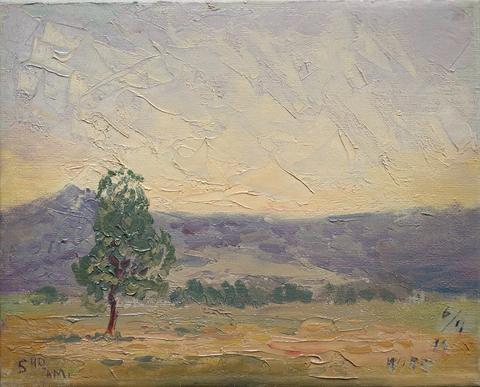 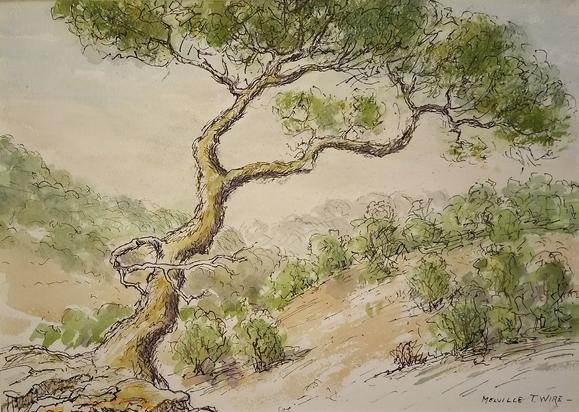 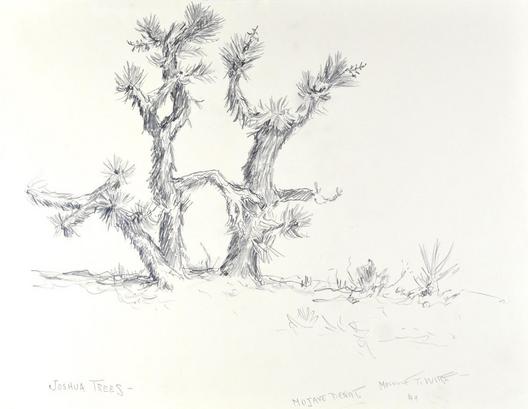 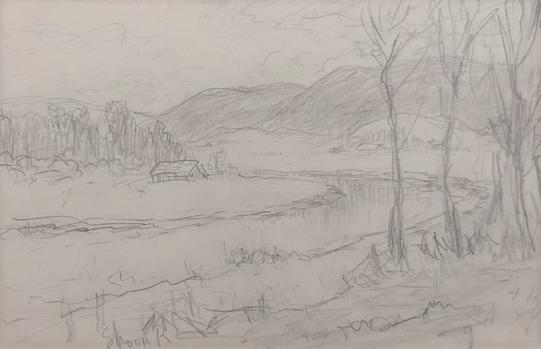 A tree stands alone in a vast landscape, a solitary form, suggestive of a plein air painter standing alone at his easel, making art. This poetic symbol of a lone tree in the landscape, is one which captivated the Oregon artist Melville Wire, and is an image which appears with regularity throughout his long artistic career. Drawing seems to have been an essential part of Wire’s creative process, and in his drawings we see a sustained interest in perfecting a specific vocabulary of images, which appear with frequency throughout his paintings, etchings, and drawings. Chosen from hundreds of Melville Wire drawings, our show hopes to generate a greater understanding of Wire’s creative process, and how drawing specifically informed that process. Our show will also include a group of Wire’s impressionist paintings of the Oregon landscape. 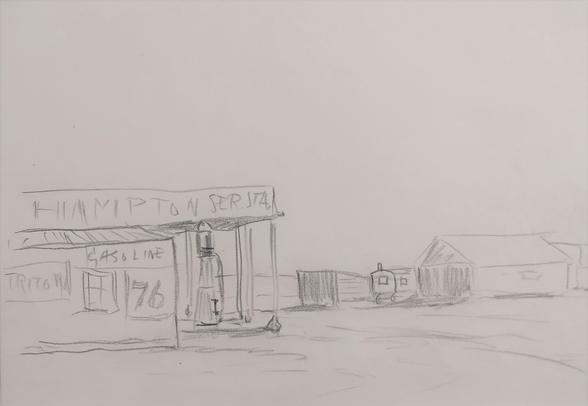 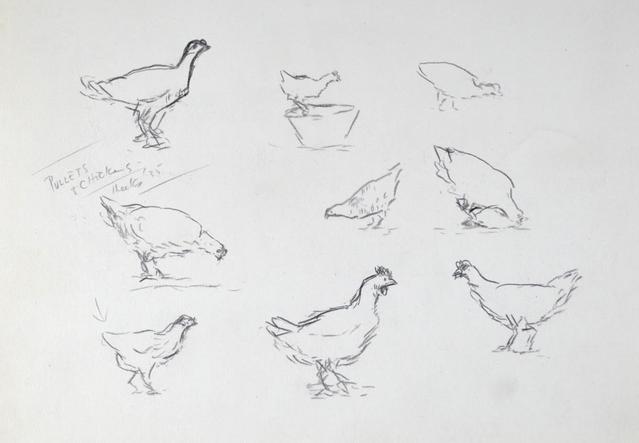 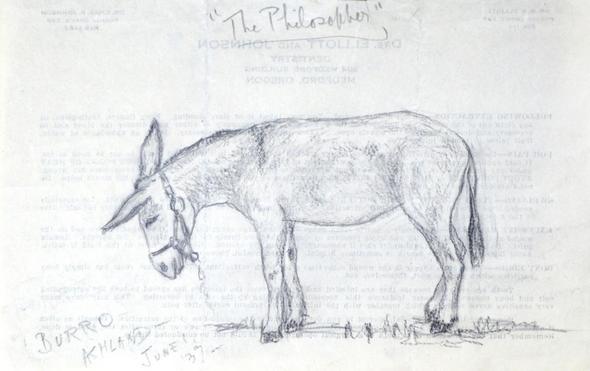 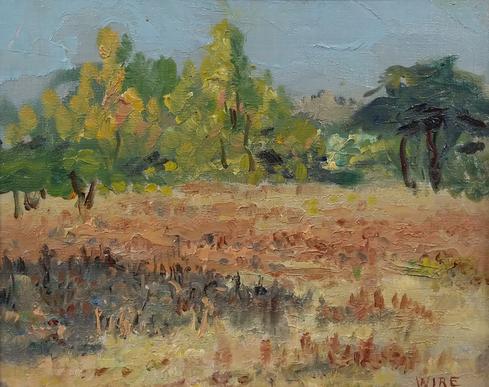 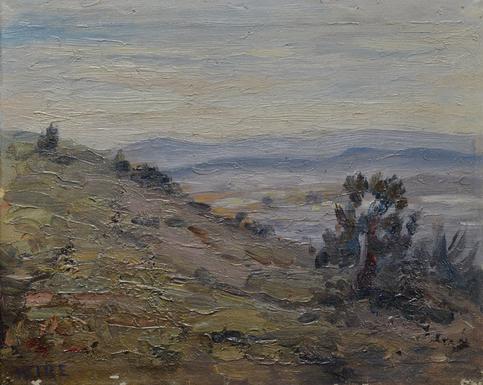 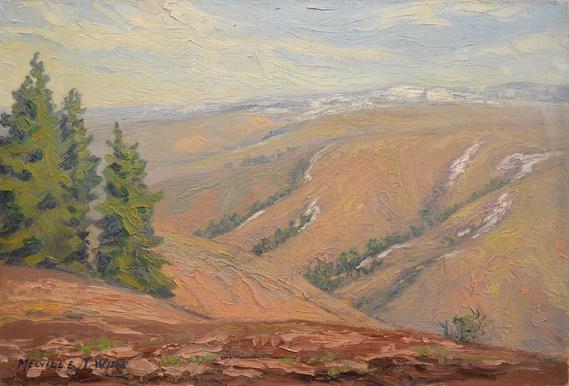 Melville T. Wire (1877 - 1966)  is one of Oregon's most beloved and collected early painters. Widely known for his brightly colored, impressionist paintings of the landscape, Wire generally worked en plein air, or directly from nature. Our show features a beautiful group of Wire's oil paintings, as well as an extensive selection of his drawings.

Many of Wire's drawings are highly detailed, more finished works of art, while others exist as studies of the landscape and its features, with interesting hand written comments describing color, atmosphere, and other unique aspects of the environment he was transforming into art. Taken together, these pencil drawings, colored pencil drawings, and pastels help to illuminate Wire's intriguing creative process.

Born in Austin, Macon County, Illinois in 1877, Wire moved to Oregon with his family in 1884.  His father was the pastor of the First Methodist Episcopal Church in Salem.  When Wire was 8, he began to study art at Willamette University, with Marie Craig LeGall, an association which continued until Wire was 16.  Other important early teachers include Clyde Benton Cooke and Eva Ford Cline Smith.  Wire left Oregon in 1899 to study for the ministry at Garrett Biblical Institute in Evanston, Illinois, completing his studies in 1902 and accepting his first pastorate in Glenview, Illinois.  It wasn't long before Wire returned to Oregon, accepting a ministry in Lakeview, where he also met his wife of 47 years, Bessie.  Over the course of his 61 year long career as a Methodist minister, Wire was to serve many different parishes, in all corners of the state, retiring in 1946.  Although Wire was a minister by vocation, he was also a serious, practicing artist who made time to paint several hours each day.  He enjoyed the luxury of owning a car throughout his long painting career, allowing him access to remote spots in Eastern Oregon and other distant parts of the state, but just as often, Wire set out to explore the wilderness on horseback or on foot, in his search for interesting and beautiful scenery to paint.  One thing which stands out about Wire, amongst other early artists working in Oregon, is that he painted throughout all parts of the state, perhaps a benefit of the widely scattered locations of the different Methodist parishes he served.

Wire enjoyed a long and successful career as an artist.  In 1915, 3 of his paintings were selected for exhibit at the prestigious Panama Pacific Exposition in San Francisco, California.  He was a member of the Mutual Art Association in Portland, exhibiting with them in 1914 and 1915.  Wire was also a member of the American Artists Professional League and a charter member and active participant in the Oregon Society of Artists, an organization still active today.  In 1935, while serving as pastor of the First Methodist Church in Albany, Wire met Gordon Gilkey, a fine artist in his own right, who later became curator of prints and drawings at the Portland Art Museum, and was a Monuments Man during World War II.  Gilkey was studying printmaking at the University of Oregon with the fine etcher Eyler Brown, and suggested that Wire consider taking up printmaking as well.  Wire would go on to achieve national recognition as a printmaker, producing 30 works in this medium, with 8 of his etchings and engravings being published by the Associated American Artists Gallery in New York, an organization which commissioned and published original prints by well-known American artists such as Thomas Hart Benton, Grant Wood, Gordon Grant, John Stuart Curry, and many others.  Wire is the only artist in Oregon art history to receive this honor.  His work is in the permanent collections of the Portland Art Museum, Hallie Ford Museum of Art, Salem; Oregon Historical Society, Portland; Cleveland Museum of Art, Ohio; and The Fine Art Museums of San Francisco, California; as well as many Northwest private collections.