"I first met Hank Kowert about fifteen years ago, and at that time I acquired a watercolor of his from his first one-man show at the Portland Art Museum.  I was attracted to his paintings, especially his watercolors, by the luminosity they had, a glow as if lit by subdued colored lights from the underside.  A Kowert painting is a Kowert.  There is no mistaking it.  In my opinion he is one of the most important painters in the area."     ~ Charles Heaney, 1970 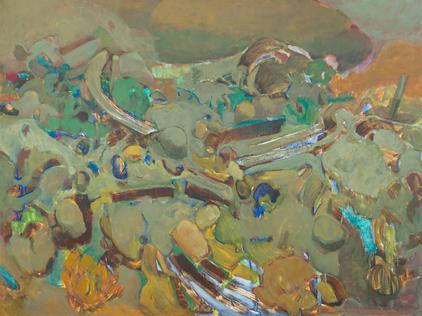 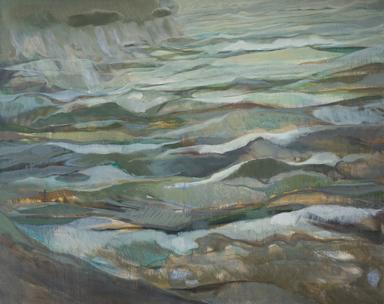 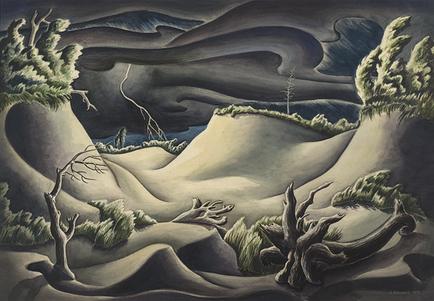 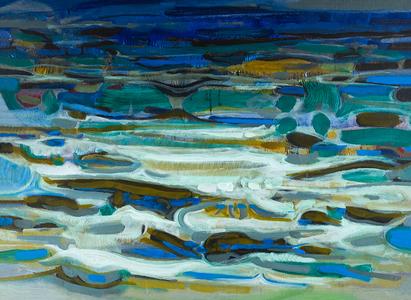 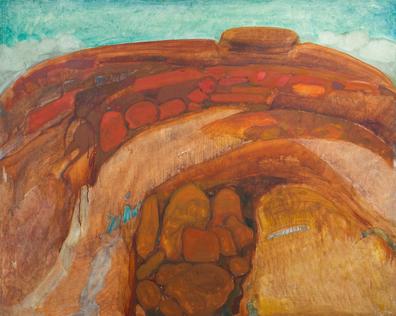 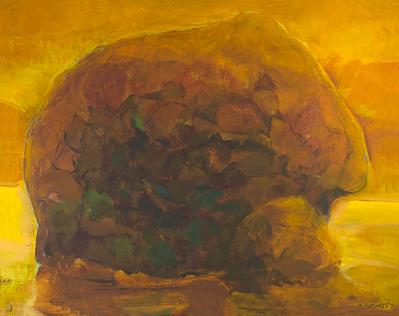 Hank Kowert was born in Chicago in 1924, and settled permanently in Portland in 1955.  In order to live closer to nature, he moved to Sherwood in 1966, and later to Sheridan.  Kowert trained at the Cranbrook Art Academy and the Haystack Mountain School of Crafts.  He was honored with 2 one-man shows at the Portland Art Museum, and 5 shows at the Image Gallery, which represented him, and is featured in many distinguished public and private collections.  Kowert's beautiful sense of color is highly individual and completely recognizable; tawny and golden earth colors, burning reds, greens and blues that are incandescent contrasts and shoot through his earthy paint fields.  Natural surroundings, absorbed by daily living and viewing, are the subject of his deeply poetic oils and watercolors.