Gallery artist Melinda Thorsnes, a friend and peer of Byron Gardner, will speak about his life and work. 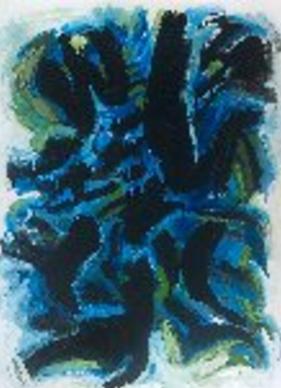 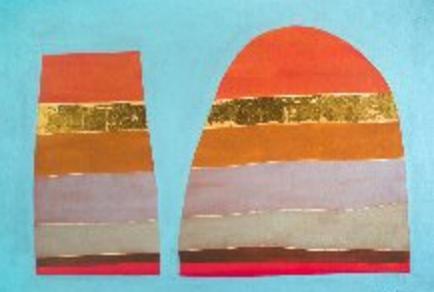 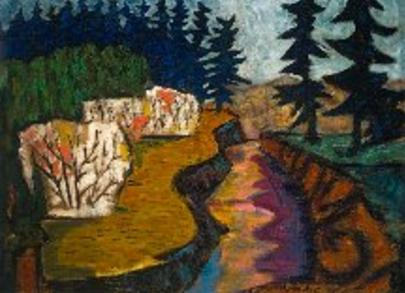 About the show:What is it...? My kid could have painted that... While artists who work with abstraction may not have to respond to comments like these today, in the 1950's and 1960's abstract expressionism was a brand new style of painting, which challenged and usurped traditional ideas about art making.  In 1958, when Louis Bunce painted his modernist mural, which is still on view at Portland International Airport, many people were outraged by it.   A great controversy would follow, with garbage thrown in Bunce's yard, and several prominent Northwest artists writing letters to The Oregonian in Bunce's defense.  Against this simmering tension between traditional realism and new ideas in art, worked Byron Gardner, one of Portland's finest abstract expressionist painters.Byron Gardner was born in Portland, Oregon in 1930.  He studied painting with Louis Bunce at the Museum Art School (now PNCA) from 1948 - 1952.  Other teachers at this time included Jack McLarty, Michele Russo, and Frederick Littman.  Artist John Waddingham painted Gardner's portrait while at the Museum Art School, titling it, "The Young Monarch."  Gardner went to New York in 1953, to study at the Brooklyn Art Museum.  While in New York, Gardner was very taken with the black and white abstract paintings of Jackson Pollock, as well as his abstract figurative drawings.  In 1954, Gardner studied art at the Mexico City College, admiring the work of the Mexican muralists.  But it was abstract expressionism and his discovery of Jackson Pollock which would decisively influence and shape the timely art he would go on to make in Portland in the 1950's and 1960's.  Gardner's work from this time period is strong and vital, often juxtaposing black, gestural forms against a scumbled white border which frames the paintings interior action, with additional colors introduced into the composition in an expressive manner, all filtered through a genuine sensibility for nature and the landscape.  In the 1960's, Gardner became interested in falconry, which came to influence his paintings of the 1960's and 70's.  He viewed the soaring birds as extensions of himself, imagining that they carried his spirit across the landscape, sharing the experience of flight.  In the 1980's, Gardner returned to realism and landscape painting, taking a particular interest in portraying the high desert country of Oregon, Utah, New Mexico, and Nevada.Gardner also made many other contributions to the Northwest art scene.  He taught art at Portland State University from 1967 until his death in 1992, and also taught at the Catlin Gabel School.  Along with Ron and Norma Heyser Peterson, he was a founding member of the short-lived New Gallery of Contemporary Art, 1959 - 1962.  Other artists associated with this cutting edge gallery were Lee Kelly, Milton Wilson, Duane Zaloudek and Marlene Gabel.  Gardner was also involved with the establishment of the Portland Art Museum's Rental Sales Gallery in 1959, and like most of the leading Portland artists of the day, continued to exhibit there throughout his lifetime.  Byron Gardner exhibited widely throughout the Northwest, including a one-person show at the Portland Art Museum in 1959, Reed College in 1957 and 1958, and at the Morrison Street Gallery in 1957.  He also participated in exhibits at the Seattle Art Museum, Oakland Art Gallery, and New Gallery of Contemporary Art; as well as the Oregon Centennial exhibition in 1959 and the Seattle World's Fair in 1962. Gardner was honored with a one-person show at the Portland Art Museum's Rental Sales Gallery in 1997. Gardner's work is held in the collections of the Portland Art Museum, Hallie Ford Museum of Art, Salem; Saward Collection at Kaiser Permanente, Portland; Jordan Schnitzer Museum of Art at the University of Oregon, Eugene; Oregon State University, Corvallis; Catlin Gabel School, Portland; Coos Art Museum, Coos Bay; and many prominent private collections, including that of Arlene and Harold Schnitzer.