Robert Coghill is an artist whose work will be known to long-time observers of the Portland scene, and an exciting discovery to others.

Born in Eugene, Oregon, in 1934, Coghill began his advanced study of art at the University of Oregon, where he audited classes from 1961-62.  He met the Oregon sculptor Jan Zach at this time, learning about commitment and what it really means to be an artist.  Next, Coghill moved to Portland, studying painting at the Museum Art School from 1962-66 (now PNCA), where his primary teacher was Louis Bunce.  Tremendously important to Coghill's growth as an artist, Bunce aided and encouraged the young artist significantly.  Taking an active interest in Coghill's development, Bunce helped the young artist win grant and scholarship money, included him on trips to see important art exhibitions in other cities, and discreetly left boxes of art supplies on Coghill's porch, when money ran low.  Coghill graduated from the Museum Art School in 1966.  He was also a studio assistant to the sculptor Manuel Izquierdo, and was strongly influenced by the sculptor Mel Katz, who was actively working as a painter at this time and had recently arrived in Portland from New York City.  Painter Harry Widman, was another important influence, guiding Coghill in learning more about what it means to make art and be an artist.

Coghill joined the faculty at the Museum Art School from 1967-71, where he taught painting, drawing, composition, basic design, and sculpture.  He was honored with a one-man show at the Portland Art Museum in 1975.  Many of the works in our exhibition were featured in this PAM show, or were exhibited at the Fountain Gallery.

During his Portland years, Coghill was an important advocate for new ways of making art, embracing modernity and abstraction.  He worked hard to stay informed about what was currently happening in the art world, both in the United States and Europe, and was often strongly influenced by what he discovered.  The American artist Kenneth Noland, for instance, was very influential in the genesis of Coghill's ideas about making shaped canvases.  I should add that Coghill's shaped canvases are very rare, and that we are fortunate to have a beautiful one in our show.

Robert Coghill continues to make art, and lives on the Oregon coast.

Modernist Paintings From The 1960's

Artist Jack Portland, a close friend and colleague of Coghill's, will speak about the show at 2:00pm 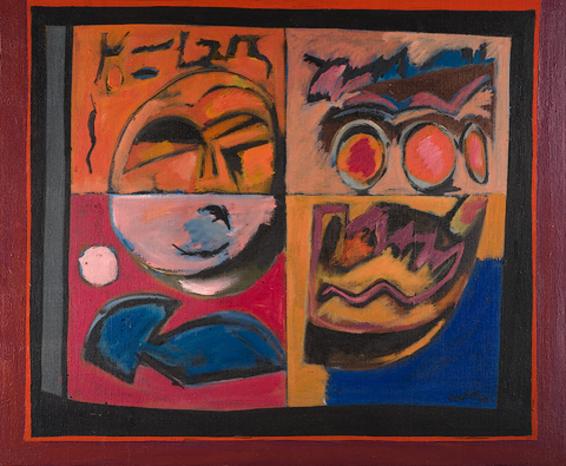 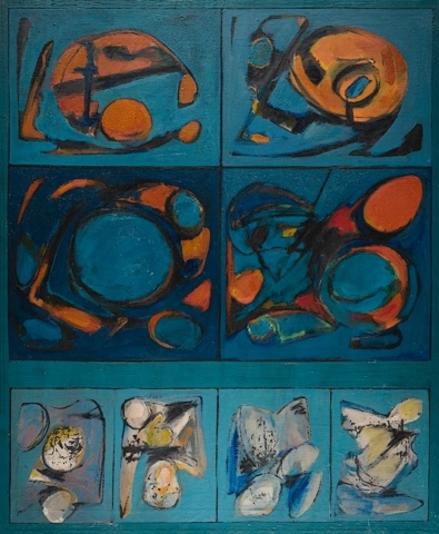 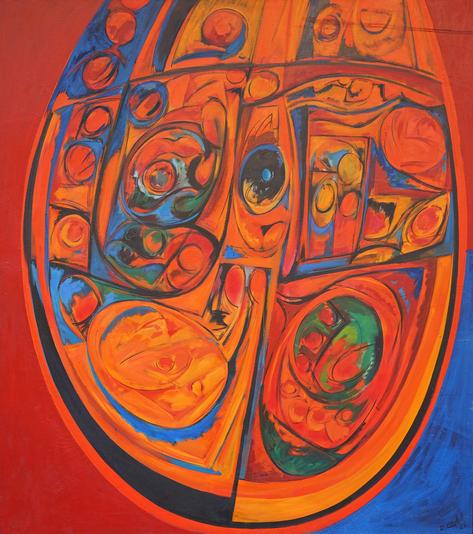