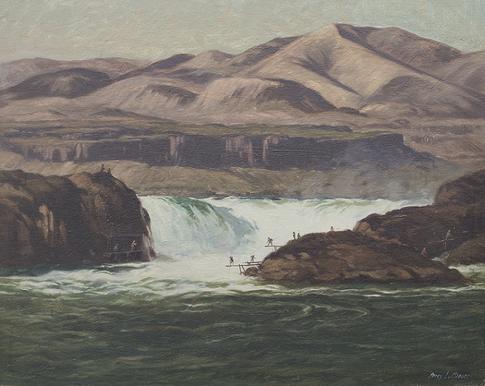 ​The Gallery Is Open! 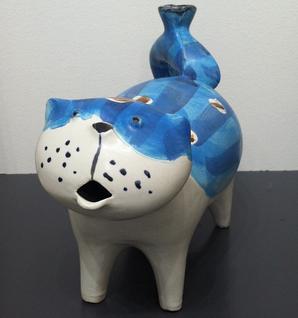 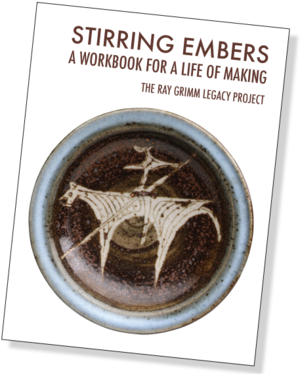 We have re-opened our gallery, following a lengthy closure, while our historic 1922 space was completely renovated. The closure was a bit longer than expected, but we are now settling in and operating with our regular business hours: Wednesday through Saturday, 12pm to 5pm. We invite you to come and see our beautiful new space.

​The New Rooms Of The Gallery 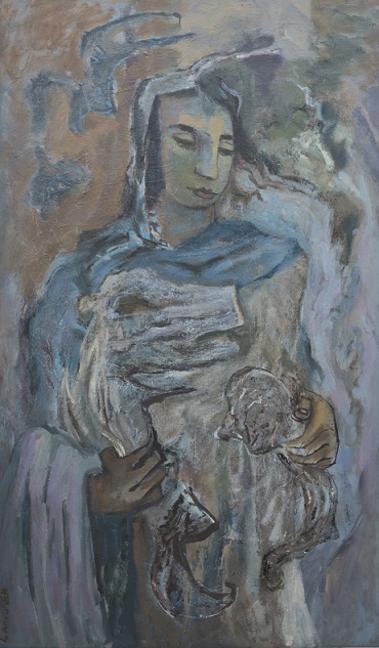 Fresh to the gallery is "Beachcomber," a reflective and introspective portrait of his wife Olive. This painting was exhibited at the Frye Museum in Seattle in 1957.

We are also pleased to offer a historic view of Celilo Falls by the Hood River artist, Percy Manser. Paintings of Celilo Falls are extremely rare, and important, as they document an extraordinary feature in the landscape, and an important Indian fishery, which both disappeared in 1957 when the falls were engulfed by water which backed up from The Dalles dam.

There is a lot of beautiful new art here... 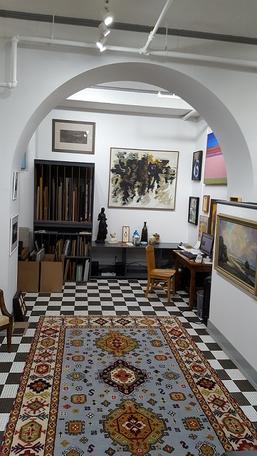 William Samuel Parrott may well have been the finest artist working here in Oregon in the 19th century. Influenced by the Hudson River School painters, he produced highly detailed, exquisitely rendered views of the mountains and other grand features of the Northwest landscape, in its pristine natural state. Our view of Mt Hood, with Alpen Glow, viewed from the west, is a classic example of Parrott's most sought after subject. 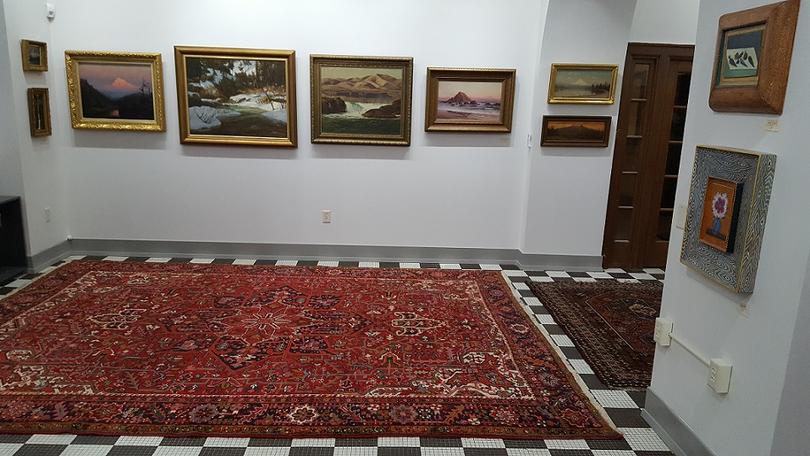 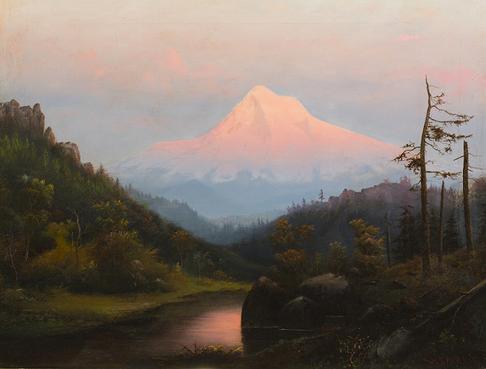 We are also fortunate to have received copies of the very limited edition, recently released book "STIRRING EMBERS, A Workbook For A Life Of Making" published by The Ray Grimm Legacy Project.  Grimm was a giant in the pottery world, and a long time teacher at Portland State University. This soft cover, 80 page color book is $20 and additional information about Ray Grimm, the book, exhibition, and additional events can be found at www.raygrimmlegacy.org. In conjunction with the many October events honoring the Ray Grimm legacy, we are pleased to offer a group of his pottery and glass works.

In addition to the recently acquired Ray Grimm ceramic pieces, we are also offering a number of fresh to the market ceramic works. There are several newly made pieces by the California artist, and Oregon native, Mardi Wood, who is a descendant of the legendary C.E.S.Wood.  We also just acquired several rare porcelain pieces by Bennett Welsh, as well as a fantastic, large Jerry Glenn trumpet vase, a Nigari Hixson canister, and a Frank Boyden butterfly piece. We also a have an interesting and playful cat pitcher, a prototype piece made by Bennett Welsh while he was at Pacific Stoneware.

We look forward to seeing you.

oil on canvas board

James Everett Stuart opened a studio in Portland in 1881 and remains one of the most sought after 19th century artists working here in the Northwest.  His paintings are particularly interesting in an historical sense, as he was meticulous in documenting where and when each painting was made.  Especially treasured are his portrayals of Indian Encampments, and our painting, Mt. Hood from the Columbia River, was made in 1882. 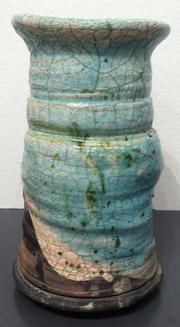