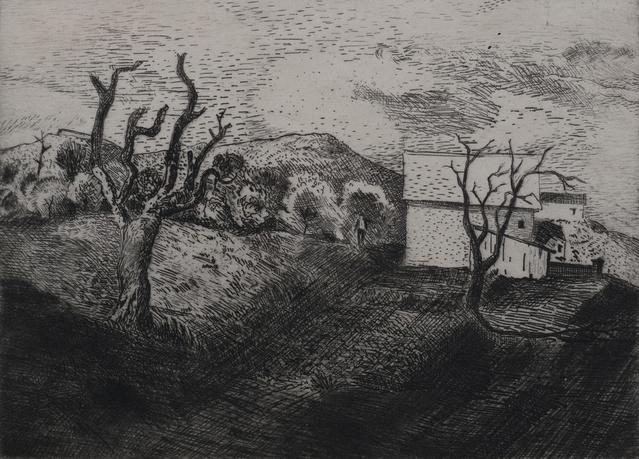 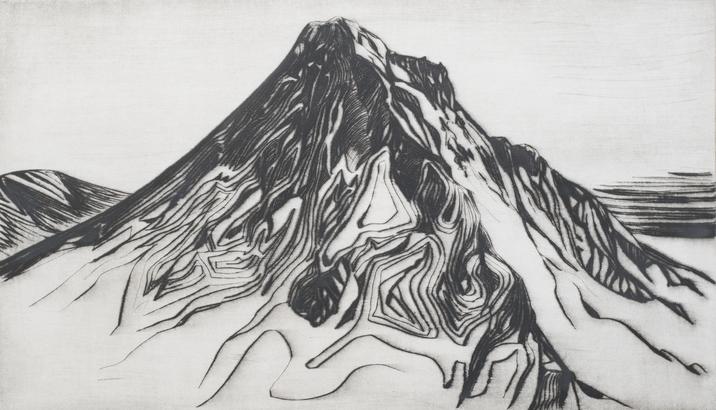 Printmaking In Oregon - A Historical Survey 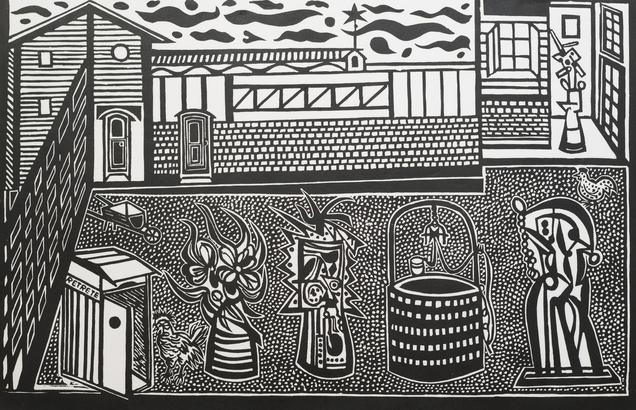 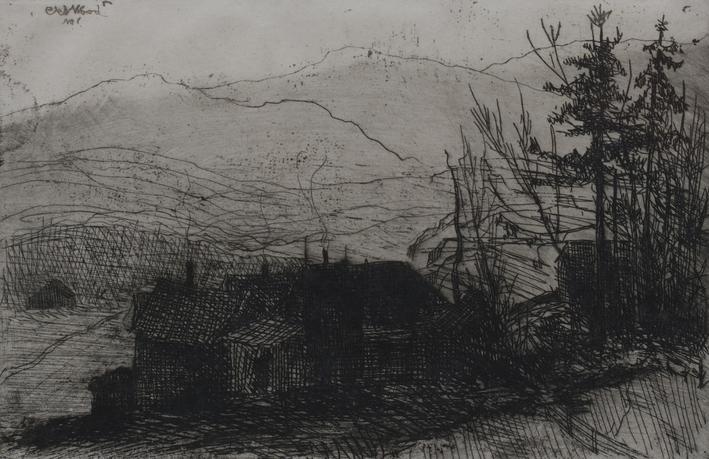 The history of printmaking as fine art is a long and rich one.  The woodcut is the oldest of printmaking techniques, and was first developed in the Far East, where it was used for printing text and images on paper as early as the 5th Century.  By the early 1400's, woodcut prints were being produced in Europe, and the engraving process was developed in Germany in the 1430's.  The etching process also originated in Germany in the late 1400's, and lithography was invented in 1798.  Other  commonly used printmaking techniques include aquatint, mezzotint, and drypoint (all etching techniques), seriagraph, linocut, and the monotype, amongst others.  Well-known artists who were master printmakers include Rembrandt, Durer, Goya, Whistler, Picasso, Daumier, and Matisse, amongst many others.

The history of printmaking in Oregon begins in earnest in the 20th century.  The earliest work in our show is an etching by C.E.S. Wood, circa 1900, which is a true rarity, as Wood was primarily a painter who worked in watercolor, oil, and pastel.   The next group of Oregon printmakers, both time wise and stylistically, includes Melville Wire (engraving), Alfred Schroff (etching), and Rockwell Carey (lithography); followed by a more modernist oriented, mid-century group of artists which includes Charles Heaney (a master of aquatint and linocut), Jack McLarty (proficient in many methods of printmaking), William Givler, Amanda Snyder, and William McIlwraith.  The second half of the 20th century saw the number of artists making prints in Oregon increase substantially.  Artists represented from this time period include George Johanson, John Rock, Michele Russo, Paul Gunn, Manuel Izquierdo, Gordon Gilkey, Nelson Sandgren, Byron Gardner, Constance Fowler, Eunice Jensen Parsons, LaVerne Krause, Frank Boyden, Laura Ross Paul, and Albert Patecky.

I should add that one of the great things about collecting original fine art prints, is that they are generally affordable for any budget.

The subtle nuances of tonality and texture, expressive line, and intimacy of scale found in printmaking is completely beguiling.